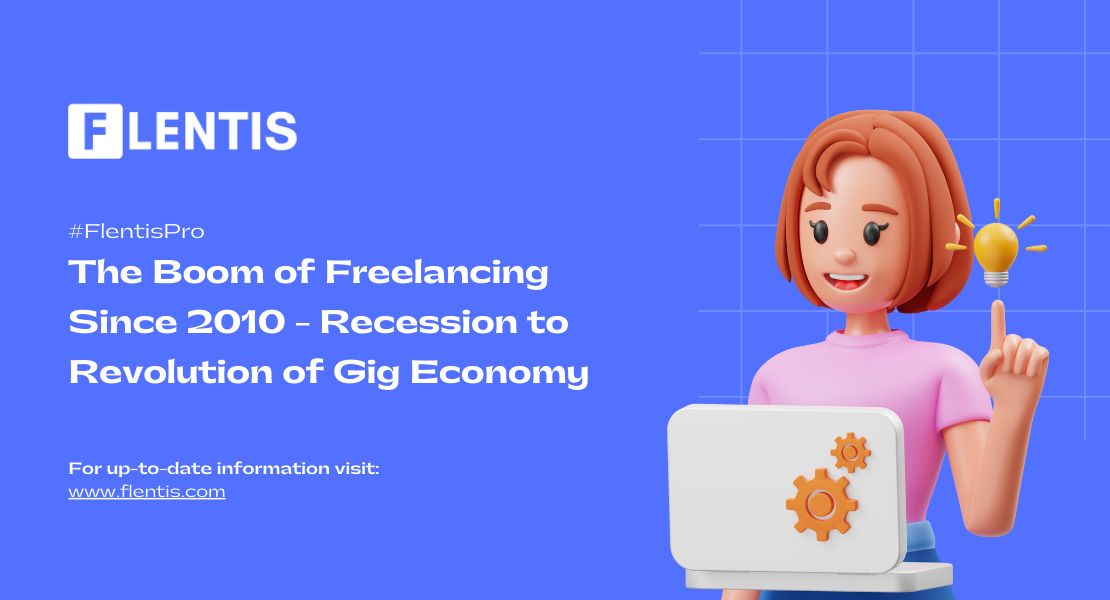 The freelancing boom started as a need for many people, who discovered a scarcity of permanent positions due to the recession and the subsequent unemployment. Freelancing can, however, be more than just a "Plan B," for people working their primary shift. Given that it provides a chance to become a solopreneur, more people have come to realize over the years of Gig Economy that to have flexibility and control of your career is crucial."

Gig workers frequently find business clients by word of mouth, referrals from previous clients, and niche talent-matching websites. Even professionals like lawyers and CMOs are now opting to work independently as freelancing has increased in legitimacy and popularity.

The contingent workforce platforms , which was previously considered a fairly niche form of employment, saw an enormous exponential increase in popularity at the start of the decade as a result of the forced search for alternate sources of income by many professionals due to high unemployment. When businesses were pressured to reduce overhead costs, expand their customer base, and adapt quickly by bringing on specialized skills, freelancers proved to be a valuable source of flexible, cost-effective talent for employers—these elements, along with the growing desire for work-life balance, combined to create the ideal storm.

POST-PANDEMIC OVERVIEW OF THE GIG ECONOMY

Independent contractors made the most of the situation. They were prepared for Covid 19. The contingent workforce management of the digital age was enabled by technology because it freed competent workers from the constraints of geography, time zone, and class. The distinction between employees who worked remotely and independent contractors became hazy and irrelevant.

In 2020, the adages "freelancers aren't loyal" and "if they were really good, they'd have full-time jobs" began to lose appeal. Successful businesses like Unilever, UST, Google, and Meta create flexible, blended workforces where full-time employees and independent contractors collaborate for the same goal. This revelation of the hybrid workforce model brought HR technology into the limelight of C-suite professionals. Since then, procuring and managing the temporary workforce has become the primary goal for many Fortune 500 to mid-scale companies.

Throughout the 2010s, coworking and freelancing had been closely linked with the rise of entrepreneurship and have led individuals to seek out more laidback, informal, collaborative, and dynamic workspaces. Between 2014 and 2018, the number of adaptable workspaces increased by 205%, while the number of operators increased by 138%.There are now an estimated 35,000 of these adaptable workspaces worldwide, making the decision to go freelance much easier for many.

According to a joint study conducted by Upwork and Freelancers Union, around 75% of respondents believe that technology has made it easier to find work, and there is a 25% increase in the number of projects sourced through these platforms between 2016 and 2017.

This was the most crucial labor movement in the last 100 years as we moved from an agricultural economy to an industrial one. Employees were increasingly leaving traditional workplaces to shape their professional lives.

This "gig economy" employed 1/3rd of the workforce in 2005. According to a report, this number only increased from 2003 to 2009. Entrepreneurial activity reached a 14-year high in 2009, freelance job listings surged in 2010, and companies increasingly outsourced work. The economy inadvertently drove some to become self-employed. Still, many chose to be self-employed because it allowed them to avoid the monotonous office environment and focus on more personally fulfilling projects.

62% of organizations prefer to complete projects faster, 55% to reduce costs, 49% to increase transparency in the process, and 49% to access skills that are unavailable today. To support all these expectations, FlentisPRO VMS has proved its worth. Think a product demo can help you to understand our involvement better? Book a demo!

For more information or insights regarding freelancers, Vendor Management System , or anything similar, feel free to browse www.flentis.com.

Are you searching for appropriate candidates for a job opening and cannot find the right candidate? Stress not. Healthcare in 2020 saw the worst of staff shortage, low census of nurses, and difficulty in hiring the qualified... Personality Traits in the Workplace: Use Vendor Management System for Full Assessment

Human Resource managers are always split between opinions when it comes to judging the book by its cover.

Flentis Corporation is an end-to-end
procuring & managing technology for contingent and permanent workforce.